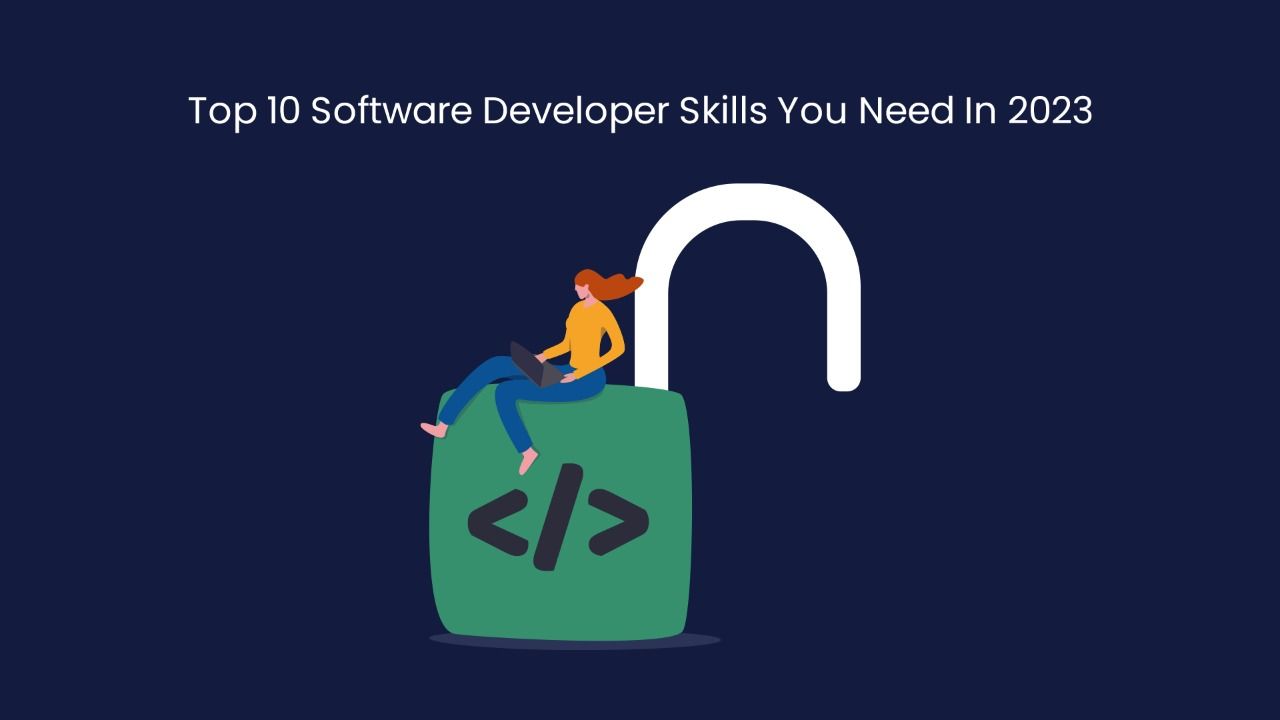 The demand for developers has increased as technology has become integral to our daily lives. A prospective developer can do anything from making the next game-changing smartphone app to shaping the way billions of people across the world communicate and interact online. These are just a few examples of how programmers can change the world, but what they all have in common is a set of highly marketable developer skills that help them advance in their careers.

As of now, there are over 26.9 million developers across the world, including 6 million developers in Europe and over 4.3 million in the United States. The US Bureau of Labor Statistics also anticipates a 22% increase in the demand for developers by the year 2029. Even if demand is rising, there aren't enough qualified developers to meet the need.

Having said that, have any of you ever mastered a programming language only to find out that it was discontinued just after a few years as the qualification requirement around the world kept evolving? Many coders will say "Yes" to this question. The only thing that is constant in the field of software development is "change". We are witnessing a rapid proliferation of new skill sets among developers.

So are you one of the inspiring developers ready to take on new challenges and shine among the 26.9 million developers out there?

In this blog, we’ll tell you what software developer skills you need to ace for 2023 and be ahead in the race!

Most developers focus on learning a new language or being techier because they think that the leeway to success is a better understanding of technical skills. However, it’s absolutely untrue as according to the Stanford Research Institute International, almost 75% of an employee’s success comes from soft skills while only 25% of their success comes from technical skills. Hence don’t put all your eggs in one basket, and understand the importance of soft skills.

Moreover, a survey conducted by LinkedIn indicated that 92% of employers believe that soft skills matter as much or more than hard skills! 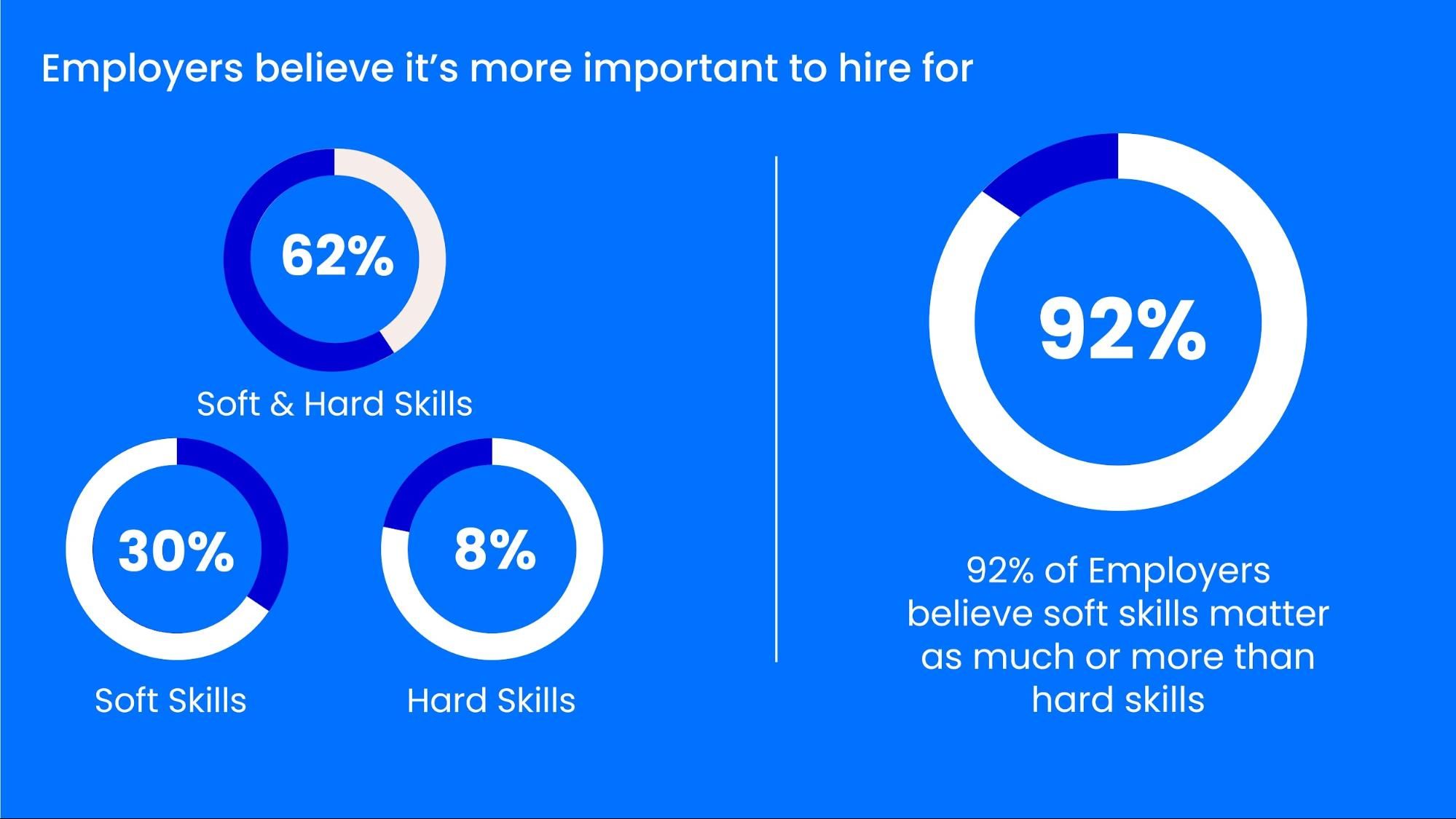 These stats clearly scream the importance of soft skills that are ignored by most technical professionals. If you aim to stand out as a developer, don’t consider soft skills as a cherry on the top but as the best part of the pie!

Soft Developer Skills You Need in 2023

Soft skills, as opposed to technical (hard) skills, are a set of personal qualities and social abilities that can help you get along better with your coworkers and achieve common goals.

One of the most crucial skills for software developers success in the field of coding is the ability to effectively communicate your ideas and ways of work to others, to ask and respond to questions in a group context, and to assist in eliminating conflict through civil conversation.

The ability to work together as a team and resolve conflicts effectively is essential to any team's success. If you were to find out that consensus isn't always a good thing, would that surprise you? Because the unique experiences and perspectives of each team member creates a synergy and allows them to work together to produce superior results. Great collaboration and exceptional outcomes are the consequence of the systematic exploration, evaluation, and application (as a group) of competing ideas in pursuit of a common objective.

The capacity to think critically and creatively about problems is essential for programmers. Director of Engineering at Lever Dominique Simoneau-Ritchie told HackerNoon, "The more senior you are, the more you'll be required to take on difficult, poorly defined challenges, frequently with very little context." The real key to making more of an effect is mastering the art of problem-solving, which entails the ability to take on challenges of any scale and break them down into smaller, more doable tasks.

It is a crucial talent for developers because it allows them to comprehend the motivations and experiences of others without passing judgment. Better user happiness and more widespread applicability can be achieved through developing software with compassion for its end users. Having compassion for your teammates will not only strengthen your bonds with them but will also encourage an atmosphere of trust and cooperation. It's hardly surprising that many businesses consider empathy to be a crucial soft talent.

Studies have revealed that cortisol (a stress hormone) severely affects cognitive ability, perception, and organizational skills, which are crucial to successful coding. Therefore, patience (or lack thereof) can have a major effect on the success of a project and the quality of the code produced.

Before we move on to the hard skills, consider the following stats: 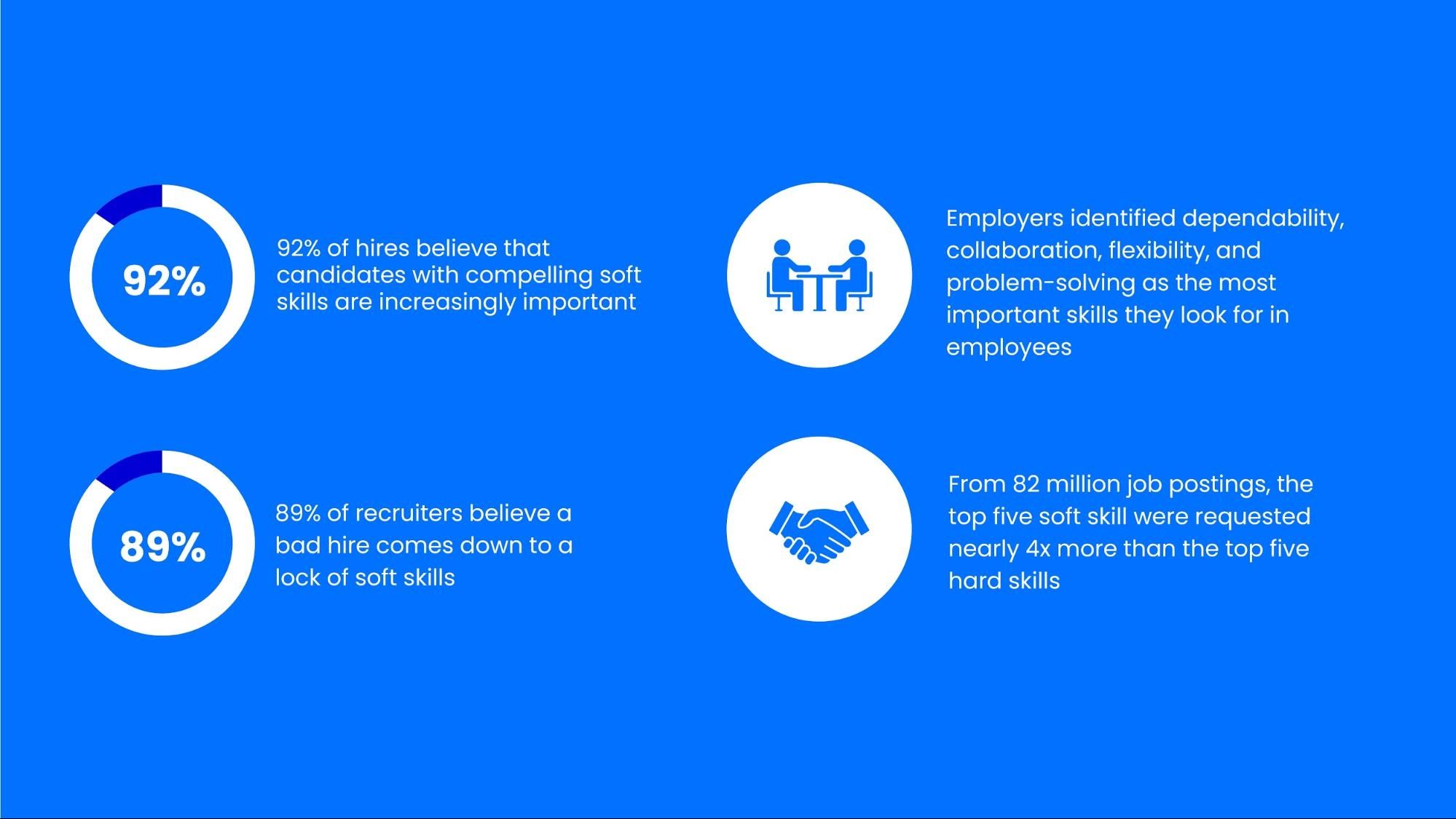 Hard Developer Skills You Need To Learn In 2023

Programming languages refer to the various ways in which software can be written. Hiring managers frequently expect candidates to have experience in a certain coding language. Therefore it's beneficial for developers to specialize in at least one language.

Here’s a quick overview of the most in-demand coding languages in 2022. You can also check out the top 12 best programming languages to decide which ones to ace in the future! 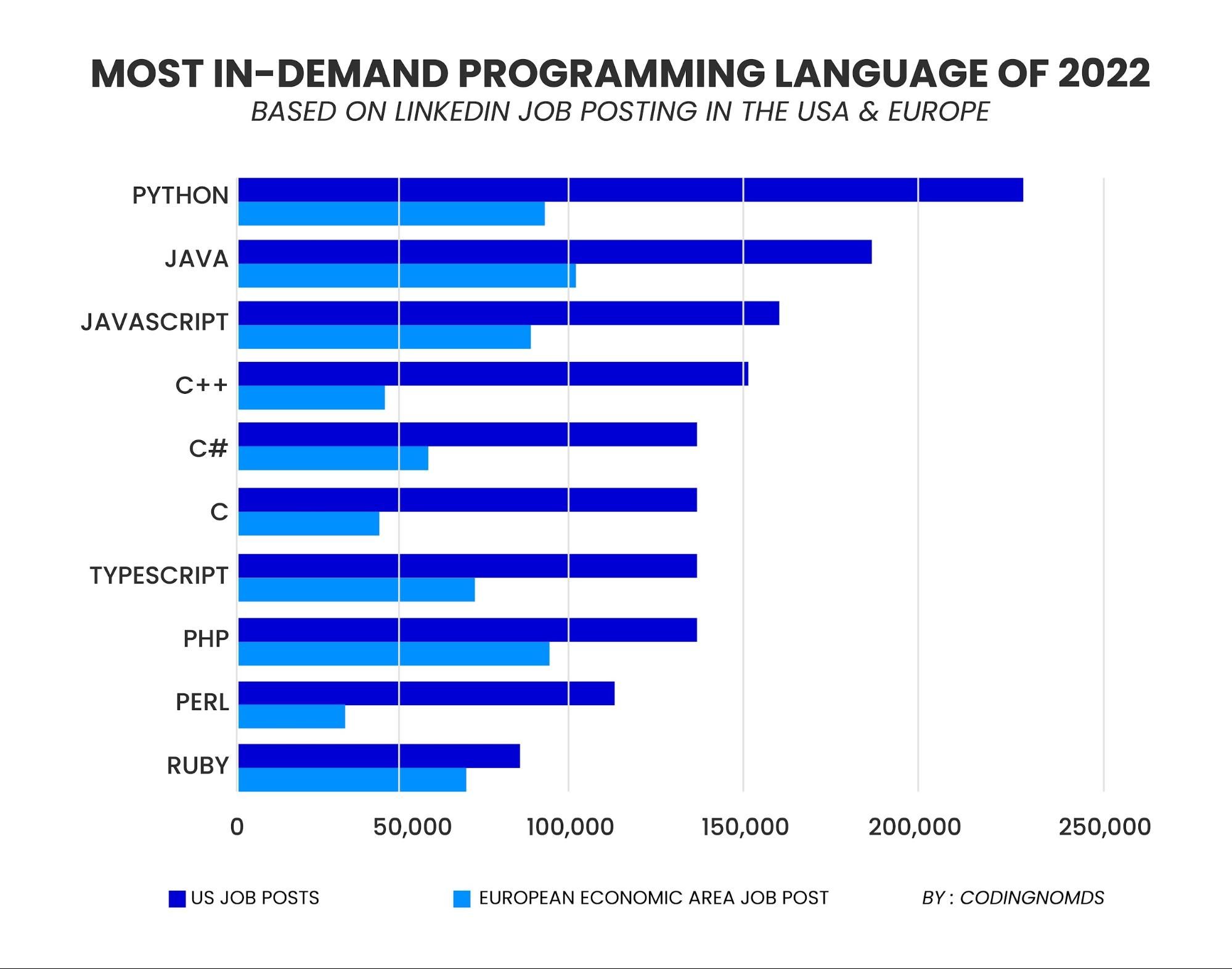 Algorithms describe how to do tasks, while data structures are the various ways in which data is stored in a database. Developers of software must be well-versed in a wide variety of data structures and algorithms in order to select the optimal combination for optimizing data in the code. For example, in a writing program that maintains font information, a finished array structure can store different permutations of the same type of data. If the programmer utilizes the right algorithm, users will be able to select the desired font family and size.

A software framework is an application that allows programmers to build new programs by reusing parts of older programs or their own code, as well as the knowledge of other programmers. The most popular programming languages are often incorporated into the underlying frameworks of various operating systems. For instance, you can write code in the .NET framework for a Windows PC, Cocoa for a Mac, or Cocoa Touch for an iPhone, iPad, or iPod touch.

The term "operating system" refers to the software that controls the hardware of a computer or other device. Apple's iOS and Google's Android are two of the most popular smartphone operating systems, while Microsoft's Windows, macOS, and Linux are the most popular desktop OSes. Knowledge of these various categories can help you test your software more thoroughly and move lines of code between projects. You can choose to focus on building code for a particular system if that's what you'd like to do or if your employer requires it.

A system for keeping track of the many revisions and fixes made to a program's source code is what's known as "source control management" (SCM). It gives each programmer time to focus on their own section of the code before combining their changes. A history of code changes can be compiled by an SCM system, allowing you to revert a language to an earlier version if necessary. Since many businesses require software professionals to collaborate on the same coding projects, familiarity with a source code management system (SCM) could prove useful. Git is a popular SCM solution used by businesses and independent programmers alike since it facilitates the organization of multiple code versions in a hierarchical folder structure.

Moreover, you can check out the highest paying developer jobs in 2023 here to customize your own developer skill set for 2023!

How to Learn Hard Skills For Developers?

There are many free and paid sources out there for you to excel at your skills. Here’s a list that we have compiled for you:

In the software industry, technology rapidly evolves. To keep up, continuous learning is necessary.

Do remember, learning is a process, not a result - If you view learning as a chore, you may feel pressured to finish it quickly so that you can go on to more desirable activities. There is no way to become an expert in every field; therefore, treating learning as a competition only leads to frustration and exhaustion.

Remotebase believes that if you view learning as an ongoing journey, you'll be more likely to celebrate the many mini-successes and epiphanies that come your way. We aim to ensure that every developer has access to resources to ace their skills and train with FAANG engineers. Motivated by this, developers at Remotebase strive forward continually. 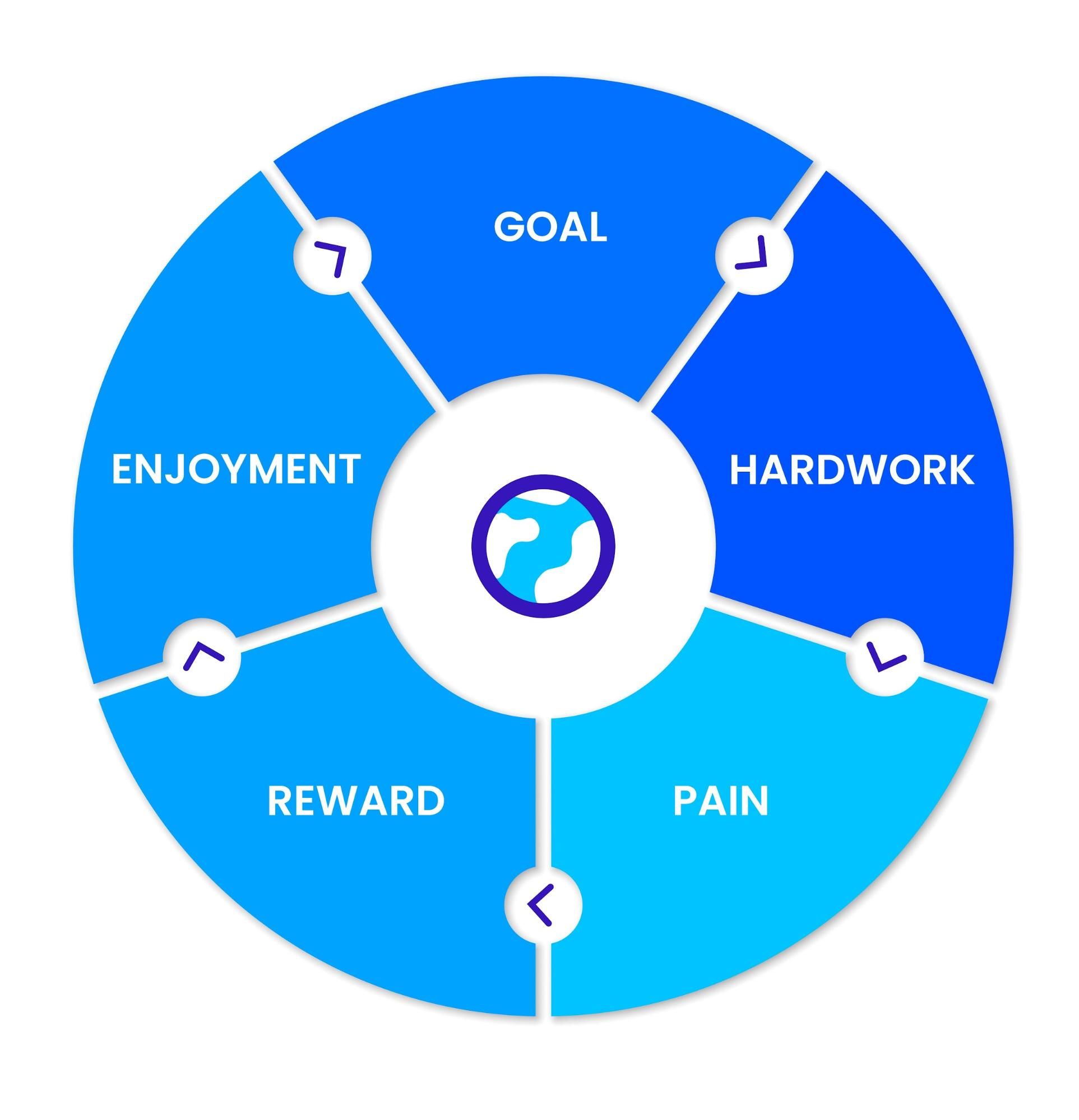 1. What are the 3 most important skills for a software developer?

2. What are some key developer responsibilities?

The average salary you can earn as a software developer in the US is around $100-$110K/year.

Looking for a better job opportunity?

Check out these life-changing developer jobs at Remotebase.